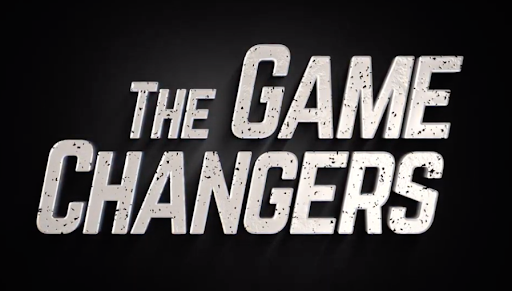 What is The Game Changers?

Game Changers is an intervention group for KS1 and KS2 which take place every Thursday afternoon for selected children. We take part in various activities during the afternoon including Health and Wellbeing, Teambuilding and social interaction. The Game Changers derives from a sports documentary which embarks on a quest to find optimal diet for human performance and health in sports and team work games.

This week at Game changers we continued with our Sports Relief week with Relay Races in their house teams. We used hurdles for agility and hoola hoops for coordination. Here are some photos from the day.

This week at Game changers we related our activities to the Women's T20 World Cup and played quick cricket. Quick Cricket is also none as non stop cricket where the batman must run to the left or right cone when this hit or even miss the ball. Batmen must return back to the stumps in time for the bowler. Here are few pictures from the activity yesterday.

Game changers this week for KS1 was all about coordination, strength and of course team work. Tug of War. We spoke about the importance of team work and being in sync with each other. One person can not pull while the others don't so we made sure that each team were pulling together in the right direction to reach the end goal. Our children really enjoyed this activity so below we have a few photos from that session. More hands make light work!!

Games changer this week for KS2 was a very active team building game called Capture the flag. The whole of objective the game is for players to venture into the opposing team's territory, grab the flag and return with it to their territory without being tagged. The flag is defended mainly by tagging opposing players who attempt to take it. Within their own territory players are "safe", meaning that they cannot be tagged by opposing players. Once they cross into the opposing team's territory they are vulnerable. Children really enjoy this game as it involves team work and agility to get past an opponent.

This week at Game Changers we took part in various activities. We started off we a game of stuck in the mud to get our heart rate going then we went into some non verbal communication activities like last week. The children had to get into height order, age order, shoe size order and birthday month order. They worked really well together and you could see the children using different ways to communicate to each other.

Stuck in the mud and Team building

This week at Game Changers we took part in a different activity that challenged the children in a way that was very different because they could not communicate to one another verbally. They were given the task to assemble themselves into height order from small to tallest, age order youngest to oldest and birthday month order January to December all without verbal communication. They were absolutely brilliant at this task. The worked as a team and used various ways to communicate to each other. Here a some snap shots of the activities that took place.

This week at game changers we had our KS2 children. We did various activities this afternoon for both groups starting with the beep test with group 1. For some it was their fist time doing the test but they participated really well and gave 100%. Here are a few pictures from the beep test.

This is the second group from KS2 game changers. We did 3 activities, 2 were teamwork activities/challenges and the last one was a fun game of dodgeball. The group were given two hoops in a circle and they had to work as a team to get both hoops around the circle without breaking the chain. Here are some photos of todays activity.

This week at game changers we played a team building game called crossing the swamp. Each team had two hoops to get from one side of the swamp to other end. They worked together as a team and learnt about how to communicate and include everyone in the activity. Here are some snap shots from the activity.

Some pupils from KS1 took part in our first Game Changers intervention group. They played a team building game called Funny Faces where they had to create the funny face Sad Sam, Curly Cathy and Dotty Dora with the equipment that was provided. Here are a few snap shots of the game.